About the Anglesea Bike Park 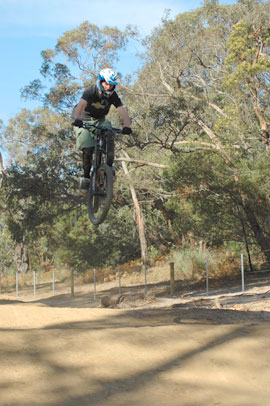 The Anglesea Bike Park was built in September 2006. It is the result of years of successful lobbying by local riders and the Anglesea community. Strong partnerships between the community, the Surf Coast Shire and Alcoa made it possible for this facility to become a reality.

The facility is managed by a voluntary committee made up of local riders and community members including representatives from the Surf Coast Shire and Alcoa. The committee organises regular working bees to maintain the facilities and welcomes anybody wanting to lend a hand.

The 4X Track is the jewel in the crown of the Anglesea Bike Park. We can boast it to be Victoria’s first world class 4X track designed and built by legendary trail builder Glen Jacobs of World Trails.

Since it’s construction we have been continually improving the track. In 2011 we have undertaken major extensions and modifications. The course is now longer quicker and more challenging.

The 4X track caters to all levels of competant riders. From young kids having a ball rolling slowly over jumps and around each berm, to serious racers pushing for pace, speed and air. Everyone wears a big smile at the bottom and is keen to start another lap.

If you haven’t checked out the 4X course for a while, there is always something new and improved to ride, see you down here soon!

To get a feel for the course, watch this video of a local community event we run at the park. 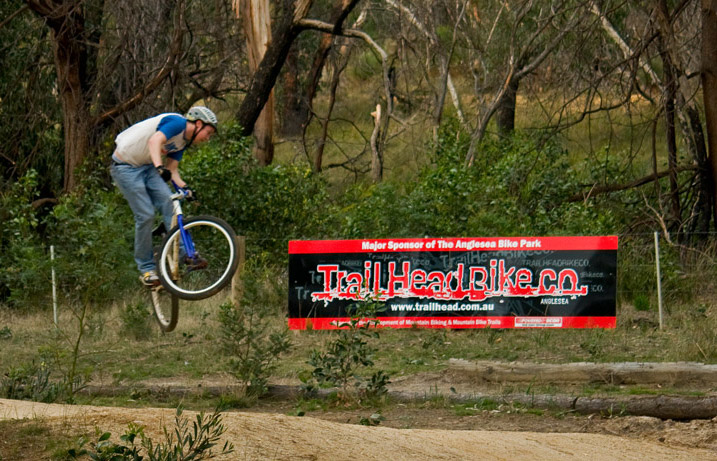 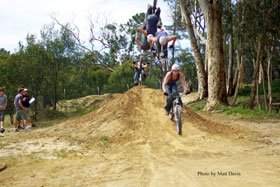 This course is rated double black and for expericed jumpers/riders only!

For BMX or Mountain Bike riders, the dirt jump course comprises large jumps designed to lift the rider higher into the air. The goal is to perform the best tricks with the best style on the course.

Our course offers experienced riders a facility to learn and develop these skills.

What are Trials riders? The poor cousins of the MTB world! Trials, also known as observed trials, is a discipline of mountain biking in which the rider attempts to pass through an obstacle course without setting foot to ground. 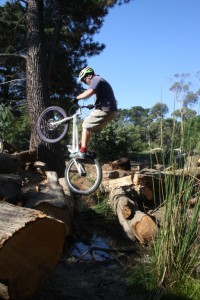 Trials riding is an extreme test of bicycle handling skills, over all kinds of obstacles, both natural and man-made. It now has a strong, though small, following worldwide, and it is still primarily a European sport.

Detailed information on the discipline can be found at the Wikipedia website.

We’re not sure how many other dedicated facilities exist for Trials riders in Australia (if any!) however, we are proud to now cater for this dedicated underground group of riders.

Check out the latest video from our local trials legends at DOINIT productions, this title features Nathan Mummery.

The vision for the Trials facility has been lead by Bob, Anglesea’s own Trials legend.

His now (in)famous “I wonna be a trial bike rider” filmed at the Anglesea Bike Park is a YouTube classic series that must be watched! Here’s two recent videos.